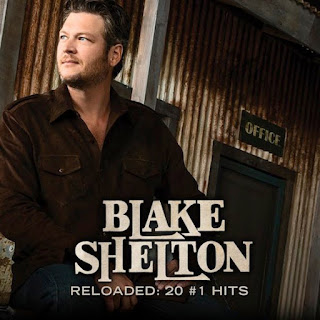 Greatest hits package out Oct. 23 – “Gonna” Nears Top 10
NASHVILLE, TN –(October 22, 20115) – It’s time to get Reloaded with Blake Shelton! The country music superstar unleashes Reloaded: 20 #1 Hits tomorrow.
Reloaded: 20 #1 Hits chronicles the chart-topping songs of the Warner Bros. Records recording artist’s career, from early hits like “Austin” and “Some Beach,” to his continuing modern record run of 15 straight No. 1 singles. “The Voice” star’s hits package will also include his latest single, “Gonna,” as a bonus track.
“Man I remember saying ‘if I could just get a song on the radio that would be incredible,”’ said Shelton. “Now to be releasing an album of #1 songs is still pretty damn incredible and man I’m just thankful to the fans every day.”

For the latest news and information, be sure to follow Blake on Twitter @blakeshelton and stay tuned to BlakeShelton.com.