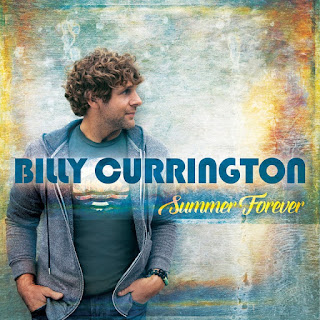 BILLY CURRINGTON’S NEW SINGLE “IT DON’T HURT LIKE IT USED TO” TO HIT RADIO FEBRUARY 8TH
Platinum-selling, Grammy, ACM and CMA nominated artist Billy Currington’s latest single, “It Don’t Hurt Like It Used To,” off of his sixth studio album, Summer Forever will be released to radio on February 8th.  Written by Billy with Cary Barlowe and Shy Carter, he has said it’s one of his favorite songs on the album.  He explains that it was a fluke that it was even written, “I just stopped by to see a couple of buddies, Cary and Shy one night. Cary and I picked up guitars at the same time and played basically the same chord, and the next thing you know we were writing the song.”The first single off of Summer Forever, “Don’t It,” climbed to number 1 on the country airplay charts, marking his 10th #1 single, and became an anthem of summer 2015. Currington’s Summer Forever tour begins next month.  His high-energy live shows always give the audience what they want and leave them feeling like they’ve been to a great family reunion that turned into a raucous party. Over the course of his career, Currington has celebrated ten No. 1 hits, platinum-selling albums and ACM, CMA and GRAMMY nominations. Currington’s series of chart-toppers include “Don’t,” “Good Directions,” “Let Me Down Easy,” “Must Be Doin’ Something Right,” “People Are Crazy,” “Pretty Good At Drinkin’ Beer,” “That’s How Country Boys Roll,” “Hey Girl,” “We Are Tonight,” and “Don’t It.”