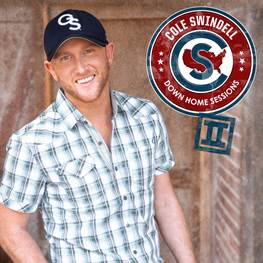 COLE SWINDELL RELEASES EMOTIONAL DEBUT SINGLE AND VIDEO FOR
“YOU SHOULD BE HERE” FROM HIS BRAND NEW FORTHCOMING ALBUM
YAHOO! To World Premiere Video For “You Should Be Here”
Swindell Becomes First-Ever Country Artist To Perform on Shazam Sessions
NASHVILLE, Tenn. – December 14, 2015 – On the heels of becoming the only solo male artist in the history of Country Aircheck/Mediabase to top the chart with his first four, out of the box, No. 1 singles as a solo artist (including his latest No. 1 smash “Let Me See Ya Girl,” along with Platinum-certified mega hits “Hope You Get Lonely Tonight,” “Ain’t Worth The Whiskey” and “Chillin’ It”), Cole Swindell releases the first single, “You Should Be Here,” from his forthcoming album today. While the song officially goes for adds in January, the song strongly resonates for people during this holiday season.

While the lyrics for “You Should Be Here,” written by Swindell and Ashley Gorley, can relate to many interpretations of missing someone in any moment, the song was originally inspired by the sudden passing of Swindell’s father.
“This is the song I came to Nashville to write,” reflects Cole. “It’s not like anything I’ve written before. I’m extremely proud this is the first single from my next album. I think anyone can relate to this song for so many different reasons because we’ve all had moments that we wished someone special could have shared with us.”