Buy Me A Boat Certified Platinum 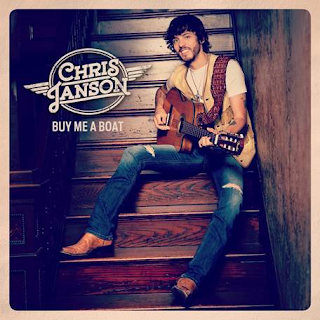 Janson’s Debut Disc Named A Rolling Stone Best Country Album Of The Year as Second Single ‘Power of Positive Drinkin’” Continues Chart Climb
NASHVILLE, TN – (Dec. 11, 2015) – Chris Janson thought all the surprises in his life-changing 2015 had already been unwrapped, but as Christmas approaches he got one more present: a Platinum “Boat.”

The Warner Bros. Records/Warner Music Nashville recording artist’s breakthrough single “Buy Me A Boat” has been certified Platinum by the Recording Industry Association of America, with more than one million track equivalent units and counting for the escapist song of the summer.


“This has been an incredible year for me and my family, and we are so grateful,” said Janson, who wrote all 11 songs on his debut album. “It’s been surreal with ‘Buy Me A Boat’ going to No. 1 and getting to perform the song on stage every night. Words cannot express the gratitude that I feel. We’re so thankful for God’s blessings, country radio, fans, friends and family, and my amazing team.”

“Buy Me a Boat,” the first single from Janson’s debut album of the same name, transformed Janson’s life after a decade of hard work and has made him one of 2015’s most visible new stars. He was recently chosen as a 2016 Next Big Thing by MusicRow and selected to perform as part of the prestigious New Faces concert during Country Radio Seminar, held Feb. 8-10 in Nashville, TN. His album made Rolling Stone Country’s list of 2015’s best and he just released the lyric video for the second single “Power of Positive Drinkin’” from Buy Me A Boat.
With so much to be thankful for Janson is making sure he gives back this holiday season, helping raise money for several children’s charities. The Missouri native played a pair of back-to-back St. Jude Children’s Research Hospital benefits, headlining WDXB Birmingham’s A Bull Country Christmas to benefit the Alabama branch on Dec. 6 and playing a dual role during Dec. 7’s WSIX-Nashville fundraiser. Janson joined the celebrity house band as the drummer, backing stars like Carrie Underwood, Dierks Bentley and others. He also brought the crowd to its feet during “Buy Me A Boat.” He played the Grand Ole Opry at Ryman Auditorium on Dec. 8 before headlining WWQM-Madison, Wisconsin’s Toys For Tots holiday show on Dec. 9.
"My life revolves around my kids, and that's what makes my wife and me the most happy,” Janson said. “Christmas is a special time for us - not only on our home front, but for the work that we are fortunate enough to do with organizations like St. Jude and The Salvation Army. We should always lift up kids and take the highest care possible. It warms my heart to be a small part of anything to do with helping make their lives better.”