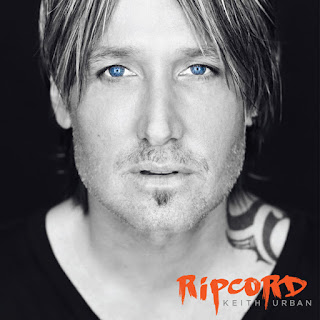 Keith Urban’s eighth studio album RIPCORD has debuted at No. 1 in the United States, Canada and Australia, marking the second consecutive time that the four-time Grammy Award winner has achieved that historic milestone, something that no other male Country artist has done. It is also Urban’s fifth No. 1 album.


“The 15 months that I spent recording RIPCORD, was one of the most incredible musical journeys I’ve ever had,” said Urban.  “Working with some of the most creative, and inspiring musicians to explore and expand my music in the studio was exhilarating. To now see this music connecting with my audience in this way is an extraordinary feeling – it means everything to me.”

RIPCORD has already produced Urban’s 19th (“John Cougar, John Deere, John 3:16”) and 20th (“Break On Me”) No. 1 songs.  His latest, “Wasted Time,” has given Urban his 36th consecutive Top 10 song.  It extends his record-breaking streak as the artist with the most consecutive top 10 songs on Billboard’s Country Airplay Chart – a streak that began back in August of 2000.

RIPCORD features some of the music industry’s most celebrated and influential musical collaborators from Pitbull to Nile Rodgers to Carrie Underwood and Dann Huff to Jeff Bhasker, Greg Wells and busbee.

Its release coincides with the June 2nd launch of Urban’s ‘ripCORD WORLD TOUR 2016,’ with Brett Eldredge and special guest Maren Morris in the United States, with Dallas Smith and Maren Morris in Canada and with Carrie Underwood in Australia.