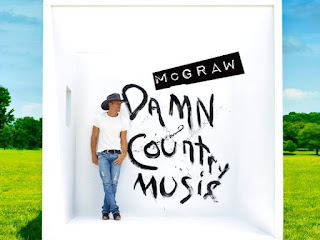 Damn Country Music, produced by McGraw and trusted collaborator Byron Gallimore, has already recevied critical acclaim, with the Associated Press highlighting that “few veteran artists straddle contemporary and traditional country music styles as well, and as entertainingly as McGraw.” TIME Magazine, who cites McGraw as being one of “modern country’s most enduring superstars,” further added that the record “shines most brightly when he’s foregrounding his warm, supple voice…”

The release of Damn Country Music will cap off an exceptional year for McGraw, which began with a critically-acclaimed & trending performance of “I’m Not Gonna Miss You” from Glen Campbell: I’ll Be Me at the 87th Academy Awards on February 22. In April, McGraw was included on TIME 100 – Time Magazine’s list of the 100 most influential people – and narrated the ESPN Films & SEC Network documentary Shaq & Dale, which detailed the enduring relationship between basketball icon Shaquille O’Neal and his former Louisiana State University coach Dale Brown. Continuing to bolster his film career, McGraw starred in Disney’s Tomorrowland in May before kicking off his wildly successful Shotgun Rider tour in June. The tour thrilled thousands of fans and awarded mortgage-free homes to veterans through McGraw’s partnership with Operation Homefront & Chase in more than 30 cities throughout the summer.