CHRIS STAPLETON’S TRAVELLER LANDS AT NO. 1 ON BILLBOARD 200 AND COUNTRY ALBUM CHARTS 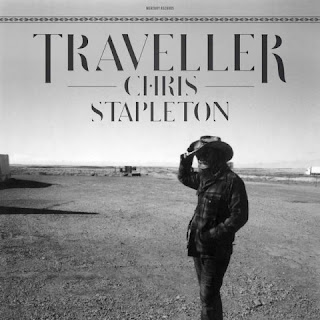 All Remaining Stapleton Tour Dates Sold Out within Hours

NASHVILLE, Tenn. (November 9, 2015) – Mercury Nashville’s Chris Stapleton released his debut album, Traveller, to overwhelming critical acclaim in May and it is the best-selling first week album by a debut country artist in 2015. Last week 13.6 million viewers tuned in to the 49th Annual CMA Awards and saw the soulful singer in a remarkable on-stage collaboration with superstar and good friend Justin Timberlake. In addition, Stapleton took home awards for New Artist of the Year, Male Vocalist of the Year and Album of the Year. This marks the first time in CMA Awards history for a New Artist of the Year winner to also collect Male Vocalist of the Year and Album of the Year. Almost instantaneously, Traveller rocketed to the top of the album sales charts where it currently remains on both the Billboard 200 and country albums chart with 153,428 units sold and 177,199 equivalent album sales this week making it the fourth biggest sales week for any country album in 2015 and the first debut country album to hit the top of the Billboard 200 in four years. “Tennessee Whiskey” is the best-selling digital country song of the week with 131,206 downloads sold. Fans can purchase Traveller HERE.


Within hours of Stapleton’s impressive showing, all of his remaining tour dates sold out. As the New York Times points out, “His victories at the awards … were a collective acknowledgement by the industry of the superlative talent of one of its own. With that voice, he does a thing many of his colleagues simply cannot."
Since his May album debut, Stapleton has performed on The View, Late Show with David Letterman, Late Show with Stephen Colbert, Late Night with Seth Meyers and CBS This Morning Saturday Sessions.
Recorded at Nashville’s historic RCA Studio A by Vance Powell and co-produced by Dave Cobb and Stapleton, Traveller had already been named “Best of 2015” by Rolling Stone, NPR Music, Entertainment Weekly, Los Angeles Times, Stereogum and more.