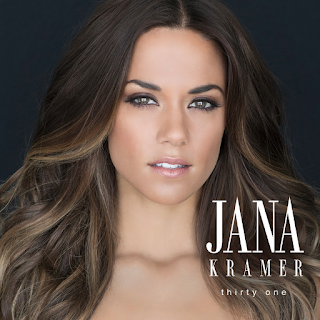 NASHVILLE, TN – (Nov. 30, 2015) – Jana Kramer has even more to celebrate as 2015 draws to a close: hit single “I Got the Boy” just reached Gold status.
The Elektra Records Nashville/Warner Music Nashville recording artist’s first single from new album thirty one reached the RIAA certification after selling 500,000 copies and is nearing the Top 10 of the Billboard and Mediabase country singles charts. Just more great news in a year that’s been full of milestones.


“This song means the world to me and I’m over the moon that people are reacting to it in such a positive way.”
Newlyweds Kramer and husband Michael Caussin recently celebrated the impending birth of her first child with a baby shower.
In October, thirty one debuted with career-best sales numbers, landing in the Top 10 of the all-genre Billboard 200 albums chart and at No. 3 on the Country Albums chart.
“I Got the Boy,” which the singer-songwriter performed on ABC’s “Good Morning America,” is a sentimental song about finally moving on and serves as an engaging entry point for an album that’s as much personal journey as it is musical expression. Kramer co-wrote six of the 11 tracks on thirty one and says it represents her life to this very exciting point.