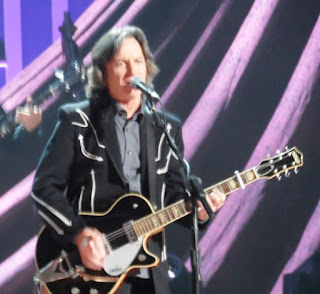 Very few bands get to celebrate a half century of music.  The Grateful Dead and the Rolling Stones have done it.  Next year marks the 50th anniversary of the Nitty Gritty Dirt Band.  In honor of the occasion, the band brought together some famous friends and former members to tape a TV special that will air next February on PBS.  Among the famous friends: Jackson Browne, Vince Gill, Rodney Crowell, and Alison Krauss.


The three hour evening covered the entire history of the band, from their very first hit, "Buy For Me The Rain," to perhaps their biggest, "Fishin' In The Dark."  In between, they featured an earlier hit, "Mr. Bojangles," by bringing out the song's writer, Jerry Jeff Walker.  He sang the first two verses, and then the band played the last one.  It was a magical moment.

The band also brought out Rodney Crowell to join them in a song Rodney wrote 30 years ago, "An American Dream."  They were joined by Alison Krauss, singing the part made famous by Linda Ronstadt in 1979.

Still another highlight had to be the appearance Jackson Browne, who briefly was a part of the band.  He performed a song he wrote during that time that went on to be a solo hit for him years later: "These Days."  Jackson sang what he called the original lyrics, that came "from my 16 year old mind."

The show concluded with the original lead vocalist, Jimmy Ibbotson, joining the band for a series of hits, including "Fishin' In The Dark," "Bayou Jubilee," and "Jambalaya."  The entire night ended with the full cast and house singing "Will The Circle Be Unbroken." 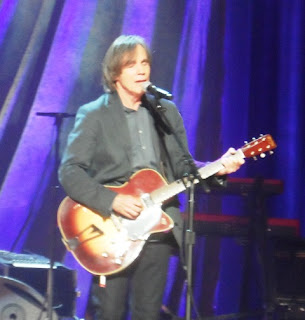