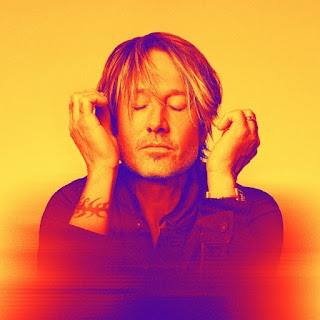 LYRIC: “Saw the man in black, spotlight in the air, heard a thousand screams, saw my dad’s stare”

It speaks to those that doubt, and how he’s fought to achieve his dream

LYRIC: “Has anyone ever told you you’ll never amount to anything? You’re just wasting your time chasin’…”

“Wild Hearts” is an inspiring message to others, that’s written with context from Keith’s own story

LYRIC: “I’m here to tell you anything can happen in this life if you got the heart and the passion and a God lit fire inside”

“I’m here to tell you anything can happen in this life if you got the heart and the passion and a God lit fire inside,” sings four-time GRAMMY Award winner Keith Urban on his new single “Wild Hearts,” released today.  The song is quintessential Urban.  This fist-pumping, arena-ready, rise-up against all odds anthem, “Wild Hearts,” is as musically intoxicating as it is infectious and relatable.  “Wild Hearts” is now available on all digital platforms and can be heard at to https://smarturl.it/wildhearts.ku or https://smarturl.it/WH.youtube.

A few loosely highlighted snapshots of Urban’s journey are shared in “Wild Hearts,” including his first concert with his father (Johnny Cash for those wondering) are spread throughout the song, but the result is an inspiring rallying cry.

“Wild Hearts” is the follow up to Urban’s global smash, his duet with P!nk, “One Too Many,” which to date has amassed 340 million worldwide streams.  The song has become Urban’s 43rdTop 10 single in the U.S. and his 27th #1 in Canada.  It was certified double platinum in Australia, reached #1 on the Australian Artist singles chart and has spent 44 weeks in the Top 50 UK Airplay Chart.

While plans for a 2020 U.S. tour were put on hold due to COVID, Urban will return to the stage this summer for a handful of shows in the U.S., including the return of his run of concerts at Caesars Palace this Fall.  In December, Urban will launch THE SPEED OF NOW WORLD TOUR in Australia and although additional dates have yet to be announced it is expected to resume in 2022.

Co-written by Urban, Brad Tursi, Jennifer Wayne and Eric Paslay, the song dares its listeners to walk away without being hooked and inspired!