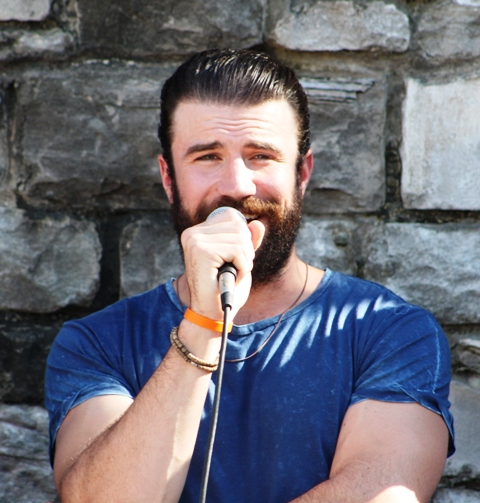 Sam Hunt will headline the Super Bowl 50 NFL Tailgate Party at Levi’s Stadium in San Francisco on Sunday (February 7th), along with pop superstar Seal. Sam will perform prior to the big matchup between the Denver Broncos and the Carolina Panthers, and both his performance will be televised as part of CBS’s Super Bowl Sunday pregame show, The Super Bowl Today.

The Georgia native is looking forward to playing at this year’s Super Bowl. “I’m just looking forward to being in the middle of Super Bowl energy. It’s become such a massive pop culture event, and I love that they’ve incorporated music and entertainment with the sport itself and the entertainment value that comes from that,” says Sam. “It encompasses just a strong representation of American culture, and I’m looking forward  to being in the middle of all that positive energy. I’m a huge music fan, obviously, and I’m a huge sports fan, so those are two of my favorite worlds combined there.”

Sam recently earned his first-ever GRAMMY nominations for Best New Artist and Best Country Album. The Grammys will be handed out live February 15th on CBS.

Many of your favorite country stars will be watching Super Bowl 50 to see the match up between veteran quarterback Peyton Manning and the Denver Broncos take on the most likely NFL MVP Cam Newton and his Carolina Panthers. Sam Hunt, a former University of Alabama Birmingham quarterback, will be among those, and the main thing for him will be just “to see a good game.” That being said, the Georgia native will most likely be pulling for Peyton, even though one of his friends plays for the Panthers.

“I’m a big Peyton Manning fan, and I always have been,” says Sam. “But I have a good friend that I played ball with in college; he’s playing with the Panthers, and their season’s been unbelievable. Just to watch the energy of that team grow throughout the year made it hard not to pull for ‘em, but I guess when it comes down to it, I’m gonna have to go with Peyton, because it could be his last go at it. He deserves it more than anybody. He’s one of the best that’s ever played.”

Sam does have a personal connection to the future NFL Hall of Famer. “When I was in high school, I went to a camp called the Manning Academy, and it’s a quarterback camp down in Louisiana. And I got to spend some time with Peyton and Eli, and they have another brother [Cooper]. I’ve followed [Peyton’s] career for a long time,” he says. “Actually, a couple of years ago, I was at a concert of Kenny Chesney’s in Denver, and I was standing there side stage and Jake Owen was there. He had opened up for [Kenny], and I’ve been a friend of his for a little while, and he turned and introduced me to the guy behind us, who I wasn’t aware of at the time, but it turned out to be Peyton Manning. He was just a really nice guy, and it was just pretty cool to be on the stage with two people who inspired me in two different arenas, with Peyton with football and Kenny with music.”

Sam, who is nominated for a pair of Grammy Awards, is currently nearing the top of the country charts with “Break Up in a Small Town,” the fourth single from his album, Montevallo.