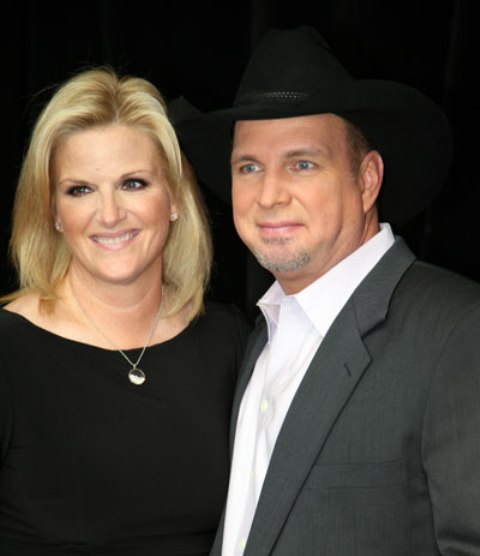 The five shows – three originally-scheduled performances, along with two delayed by last weekend’s massive East Coast snowstorm – begin Friday evening. Saturday found Garth playing into the wee hours, as he did a pair of back-to-back shows…a feat he mirrored again Sunday afternoon and evening. The five performances crushed the previous record for the venue, originally set by The Beatles in the mid-’60s when they sold-out a pair of shows at the Royal Farms Arena.
Asked how he pulled it off, Garth admitted to taking some inspiration from a remark made by longtime bandmember Jimmy Mattingly earlier in the tour. “On one of the first double-show nights, he says…‘I want to save something for that second show, but I don’t want anybody at the first show thinking I’m saving anything…so I’m just going out giving everything I’ve got.’” And Garth, the band and crew did just that this weekend. “[You] just go out and give it everything,” he says. “The Good Lord’s going to give you what you need for the next one,” he explains, adding that he leans on everyone else in the arena, too. “If you don’t [have it], the people are gonna pick you up and carry you.” Through two days of back-to-back shows, Garth had a simple plan – “Just go out there and let it rip.”
Backstage prior to his first show Friday night, Garth was honored by SoundExchange, the independent organization that collects and distributes digital performance royalties to the music industry. CEO and President Michael Huppe presented Garth with what he described as a “rare and remarkable” honor – the SoundExchange Digital Radio Award, announcing that Garth has become the first country artist to achieve over a billion streams on digital radio. “Thanks for all that you do for the digital space…but also for the industry, for the fans,” Huppe said. “You are without a doubt…one of the most important artists in contemporary music.”
The presentation was one just one of four additional events on Garth and Trisha’s collective schedule this weekend. On Saturday, he participated in a youth sports camp with Baltimore Raven Morgan Cox as part of the ongoing efforts of his Teammates for Kids Foundation. Trisha, meanwhile, did a book signing at a local Williams-Sonoma and spent time meeting with members of our Armed Forces.
So, there you have it – five shows…four additional events…three whirlwind days…two artists…one big weekend in Baltimore! Next stop – North Charleston, South Carolina!