RUSSELL DICKERSON WRAPS FIRST U.S. LEG OF HIS ALL YOURS ALL NIGHT TOUR WITH A
SOLD-OUT HOMETOWN SHOW AT THE RYMAN
The Multi-Platinum Recording Artist Packs the Historic Venue
with a Star-Studded Crowd and Industry Tycoons
Jake Scott Joins for Surprise Performance 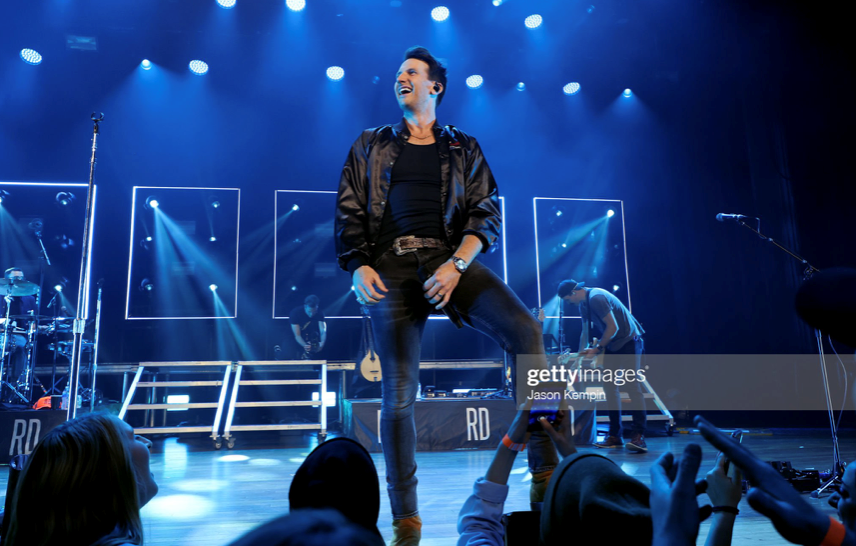 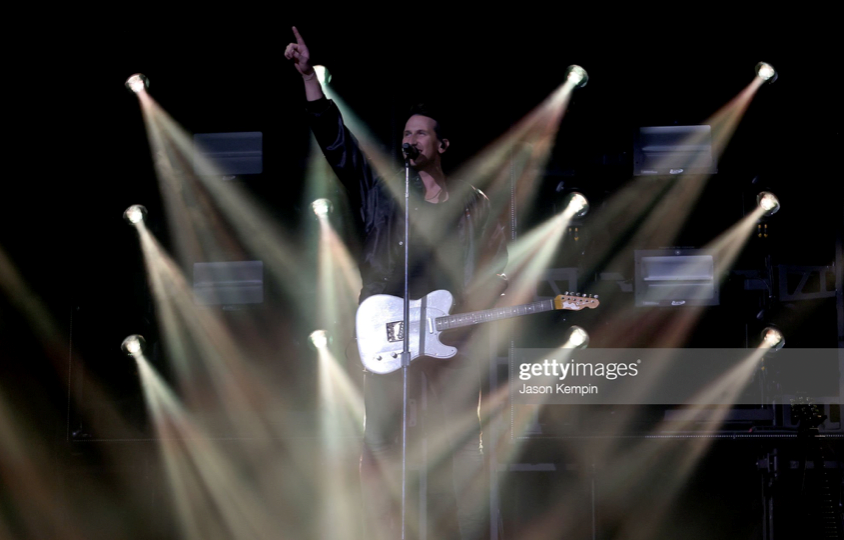 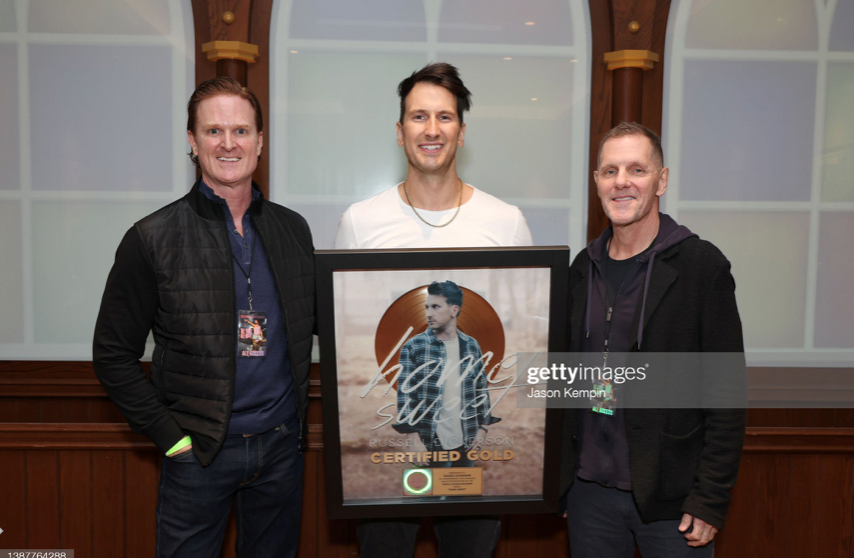 L to R: John Dennis, Russell Dickerson, Norbert Nix
PHOTOS: Getty Images by Jason Kempin
WHAT:                      Russell Dickerson concluded the first leg of his headlining “All Yours All Night” tour with an energetic sold-out closing night at the treasured Ryman Auditorium in Nashville, TN. With overwhelming support in the room from some of Nashville’s most beloved and influential, the multi-platinum recording artist and consummate showman left the crowd exploding with adrenaline as he journeyed through his greatest hits. Dickerson was also joined on stage by Jake Scott for a surprise live performance of their pop/country runaway smash, “She Likes It.” The tour features country/r&b hybrid BRELAND as direct support, which kicked off with a sold-out show in NYC, and made memorable stops in major markets across the country, before celebrating with another sold-out stop in Nashville on Friday. (The newly-added second leg of the “All Yours All Night” will kick off in the UK at London’s Electric ballroom on October 12th.) Before taking the stage, Norbert Nix (Triple Tigers Records, President) led remarks and a plaque presentation for Dickerson, celebrating his recent RIAA gold certification for “Home Sweet.” (Joined by manager John Dennis, Dennis Entertainment.) WHO:                         RUSSELL DICKERSON: Triple Tigers Records’ multi-platinum recording artist Russell Dickerson played a sold-out show at Ryman Auditorium on Friday night. Since the monster debut of his triple-platinum certified hit “Yours,” the country star has gone on to dominate country airwaves with one smash release after another, including “Blue Tacoma,” “Love You Like I Used To” and “Every Little Thing.” Since the release of his long-awaited sophomore album, Southern Symphony (2020), Dickerson released fan-favorite single “Home Sweet,” which saw a recent collaboration with Lady A in a special re-recording (“Home Sweet feat. Lady A”), as well as brand new single “She Likes It” with pop singer-songwriter Jake Scott. WHEN:                      Friday, March 25th, 2022                                                       WHERE:                   The Ryman Auditorium (Nashville, TN)