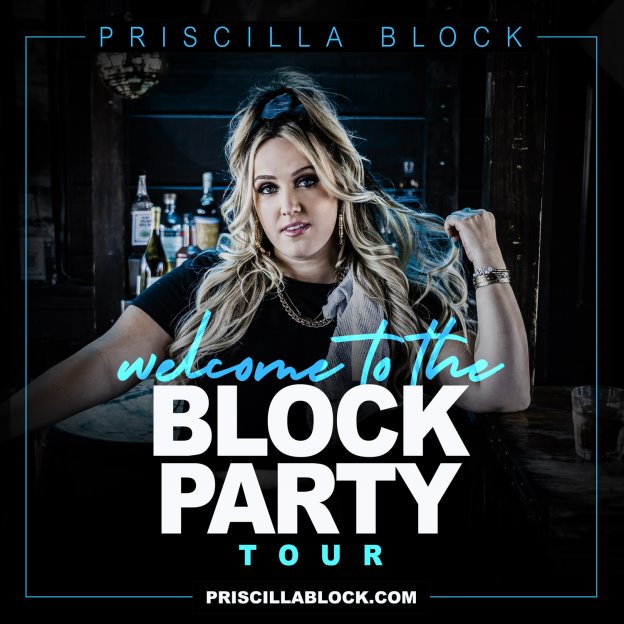 (February 2, 2022 - Nashville, TN) Mercury Nashville recording artist and the breakout Country act, Priscilla Block, has announced the Welcome To The Block Party Tour - Block's first headlining tour since exploding onto the Country music scene in 2020 with her massive viral hit, "Just About Over You." Since then, Block has appeared on numerous "Artist to Watch" lists and the refreshingly upfront honesty in her music continues to resonate with a generation ready to join the Block Party!

“Well holy cow y'all.... My first headlining tour... is this real life? I cannot wait for you to hear this album live and for you to experience the Block Party in person,” says Block. “Not long ago, I was quarantining and posting my songs on social media, hoping that the day would come where I could sing songs again in person... and here we are with a whole tour!”

Ticketing information for the Welcome To The Block Party Tour, can be found at HERE.

Welcome to the Block Party Tour :

Recently, Priscilla released her latest single, "My Bar," off her debut album, Welcome To The Block Party. The defiantly self-assured song was the most added on the Mediabase Country Music Chart - landing 52 stations in its first week of release.