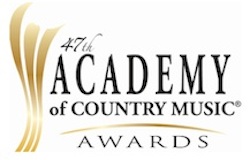 The musical event of the year will livestream without commercial interruption from Allegiant Stadium in Las Vegas, giving fans around the world more music than ever before

CULVER CITY, California—February 3, 2022—Prime Video, the Academy of Country Music, and MRC announced today that global superstar Dolly Parton will host the 57th Academy of Country Music Awards. The two-hour show will stream live without commercial interruption on Prime Video Monday, March 7 at 8 p.m. EST/7 p.m. CST/5 p.m. PST from Allegiant Stadium in Las Vegas. Parton will be joined by co-hosts, to be announced at a later date.  Nominations for this year’s awards will be announced next week.

The show celebrates country music’s biggest stars and emerging talent and promises to be a nonstop party, bringing legendary artists together with today’s favorites for exciting and unexpected collaborations, surprising moments, and world television-premiere performances, all exclusively streaming on Prime Video. Tickets for in-person attendance are currently on-sale at Ticketmaster.

"I am so excited to be hosting the ACM Awards on March 7 from Vegas. Watch for us because we're going to have some fun,” said global music icon Dolly Parton. Parton is also set to release her album Run, Rose, Run on March 4, to accompany her original novel Run, Rose, Run, written with James Patterson and releasing March 7, both currently available for pre-order. And earlier this week, she was also announced as a nominee for the Rock & Roll Hall of Fame Class of 2022.

“We are honored to welcome Dolly Parton back to be the centerpiece of this landmark 57th Academy of Country Music Awards show at Allegiant Stadium. Dolly is the most iconic and multitalented artist of all time, and we are proud that she is a friend and supporter of the Academy, a previous host, and a 13-time Academy of Country Music Award recipient,” said Damon Whiteside, CEO of the Academy of Country Music. “There is no one better than Dolly to represent the ACM Awards brand and country music on a global scale as we move to streaming and show the world that ‘this is how we country’ by delivering one of the most exhilarating and innovative shows in our history to audiences worldwide.”

“Dolly Parton’s status as a beloved and inspirational icon is a testament to her ongoing impact as an artist, philanthropist, and human being,” said Jennifer Salke, head of Amazon Studios. “As we bring the Academy of Country Music Awards to our Prime Video customers worldwide for the first time, we are thrilled to showcase the power of Amazon in creating these impactful global entertainment moments with an icon like Dolly as host, as well as must-see performances and collaborations. Amazon is excited to create 360-degree entertainment experiences and engagement with fans that continue beyond the credits rolling in what is sure to be the most fan-centric event of the year.”

Fans can gear up with exclusive Dolly merch and pre-order both the album and book on her Amazon Music store. Her latest single, “Big Dreams and Faded Jeans,” is now streaming on Amazon Music, a top destination for country listening. Amazon Music recently announced that its global music brand Country Heat had surpassed 13 billion streams in the U.S. since its first station launched in October 2016, showcasing Amazon customers’ love for country music.  Fans can discover Dolly Parton t-shirts, hoodies, accessories and more featuring iconic images and lyrics available through Merch by Amazon, a service that enables brands, independent artists, and small businesses to upload custom content printed on demand on apparel, electronics, and home products when ordered by customers in Amazon’s stores. More details of engaging fan-first experiences and products powered by Amazon will be revealed in the coming weeks.

The 57th Academy of Country Music Awards will stream live on Prime Video in the U.S., Canada, Australia, New Zealand, and the UK, and will make history as the first major awards show to livestream exclusively. First held in 1966, the Academy of Country Music Awards has honored and showcased the biggest names and emerging talent in the industry and is the longest-running country music awards show in history.

The health and safety of the artists, fans, industry, staff, and partners involved in the Academy of Country Music Awards is the number-one priority. All guidelines set forth by national, state, and local health officials will be closely followed and implemented during the production, along with additional safety measures to be instated by MRC and the Academy of Country Music.

Dolly Parton has been nominated for 45 Academy of Country Music Awards, and honored with 13. A few highlights include her win for Entertainer of the Year in 1978, as well as special honors including the Gary Haber Lifting Lives Awards (2016), the Jim Reeves International Award (2008), and the Cliff Stone Pioneer Award (2006). She served as host of the 35th anniversary show in 2000.

Dolly Parton is the most honored and revered female country singer-songwriter of all time. Achieving 25 RIAA-certified gold, platinum, and multiplatinum awards, she has had 26 songs reach #1 on the Billboard country charts, a record for a female artist. Recently, Parton reached #1 on the Billboard Christian Airplay Chart for the first time for her duet with Grammy award-winning Zach Williams of “There Was Jesus,” for which they won a Grammy this year, making that her 11th Grammy win.  She received her first Dove Award for short form video for her collaboration with for King & Country on the song “God Only Knows.” Parton is the first artist to have topped the Billboard’s Adult Contemporary, Christian AC Songs, Hot Country Songs, Christian Airplay, Country Airplay, and Dance/Mix Show Airplay radio charts. Parton recently became the first country artist honored as Grammy MusiCares Person of the Year given out by NARAS. She has 44 career Top 10 country albums, a record for any artist, and 110 career-charted singles over the past 50+ years.

In 2014 the RIAA recognized her impact on recorded music with a plaque commemorating more than 100 million units sold worldwide. Her 2016 #1 album, Pure & Simple, which topped the Billboard Top Country Albums and Americana/Folk Albums charts and debuted at No. 1 in the U.S., Canada, UK, and Australia, added to that massive tally. She has garnered 11 Grammy Awards and 50 nominations, including the Lifetime Achievement Award and a 2020 win with for King & Country for their collaboration on "God Only Knows"; 10 Country Music Association Awards, including Entertainer of the Year; five Academy of Country Music Awards, also including a nod for Entertainer of the Year; four People’s Choice Awards; and three American Music Awards. In 1999, Parton was inducted as a member of the coveted Country Music Hall of Fame.

Last year, she released the Christmas album Holly Dolly Christmas which went #1 on the Billboard Country and Holiday charts, as well released the bestselling coffee table book Songteller: My Life in Lyrics. This year she won an Emmy Award for Outstanding Television Movie for the film Dolly Parton’s Christmas on the Square. To date, Parton has donated over 173 million books to children around the world with her Imagination Library. Her children's book, Coat of Many Colors, was dedicated to the Library of Congress to honor the Imagination Library's 100 millionth book donation.  On March 7, Parton will release the book Run, Rose, Run which she co-authored with James Patterson, alongside an accompanying album of the same name with original songs inspired by the book. Parton also released her own fragrance line this year called “Dolly: Scent From Above.”  From her “Coat of Many Colors” while working “9 to 5,” no dream is too big and no mountain too high for the country girl who turned the world into her stage.

About the Academy of Country Music Awards

The 57th Academy of Country Music Awards is dedicated to honoring and showcasing the biggest names and emerging talent in country music and will feature exciting performances, unprecedented collaborations, surprising moments and more with a show so big, only a stadium can hold it. The 57th ACM Awards are looking toward the future with a historic, first of its kind partnership with Amazon Prime Video, making history as the first major awards show to livestream exclusively, LIVE from Allegiant Stadium in Las Vegas on Monday, March 7, 2022. Tickets for the Awards are available to purchase now at Ticketmaster.