Brand New Track “Rest of My Life” Out Now

“To Be Loved By You” Playing Now on Country Radio 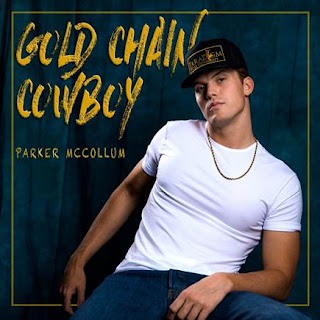 NASHVILLE, Tenn. (June 25, 2021) – Singer/songwriter and multi-instrumentalist Parker McCollum releases his major label debut album Gold Chain Cowboy July 30 on MCA Nashville. Parker wrote all of the 10-song project, produced by Jon Randall, including his Platinum-selling No. 1 hit “Pretty Heart” and his latest song on country radio “To Be Loved By You.”

Straddling Texas and Nashville, Parker has not only written on his own – the staggering Green Day-evoking “Rest of My Life” out today – he shares songwriting credits with Randall, Wade Bowen, Randy Rogers, Randy Montana, Rhett Akins, Miranda Lambert and Songwriters Hall of Famer Tony Lane.

3.  To Be Loved By You (Parker McCollum, Rhett Akins)

8.  Rest Of My Life (Parker McCollum)