KEITH URBAN’S THE SPEED OF NOW Part 1 RACES TO THE TOP OF THE ALBUM CHARTS IN THE U.S., CANADA AND AUSTRALIA MARKING HIS FOURTH CONSECUTIVE ALBUM TO SIMULTANEOUSLY DEBUT AT #1 IN ALL THREE COUNTRIES 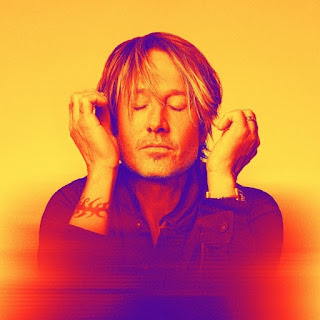 Keith Urban’s THE SPEED OF NOW Part 1, released worldwide this past week, sets a new mark for the four-time Grammy© Award winner, adding yet another release to a streak that has now seen four simultaneous album debuts at #1 on the charts in the United States, Canada and Australia.  In addition, “One Too Many,” Urban’s duet with P!nk, explodes all around the globe, where he also finds himself having cracked sales and radio charts in the U.K., Japan, Germany, the Netherlands, China, Russia, Belgium and South Africa.

THE SPEED OF NOW Part 1 is Urban’s 9th #1 album in the United States and his 6th in Canada.  It’s also his 4th #1 debut on the ARIA Album chart in Australia, where “One Too Many” debuts at #6 on the ARIA Singles chart.

THE SPEED OF NOW Part 1 is Urban’s 10th studio album.  It’s already featured a series of monthly releases including his 39th Top 5 “God Whispered Your Name,” “Polaroid,” “Superman,” and last week’s debut of “One Too Many.”

The album delivers the power of lifting people up and seeking hope in every - even the challenging - moments, and it serves as the distillation of the music that Urban has been exploring throughout his career.  From “Out The Cage,” featuring funk/pop icon Nile Rodgers and Breland, to the giddyup rock of “Tumbleweed,” “We Were,” featuring Eric Church and the old-flannel tumble of “Forever,” Urban has never sounded so immersed in the music.

Always seeking new collaborators, THE SPEED OF NOW Part 1 defines one of the most wide-ranging careers in modern music, trusting the moments is as much THE SPEED OF NOW Part 1 as anything.  He possesses an unadorned willingness to bring the best musical touchstones together seeking not just to expand but to unite influences, genres, trends and the human heart.