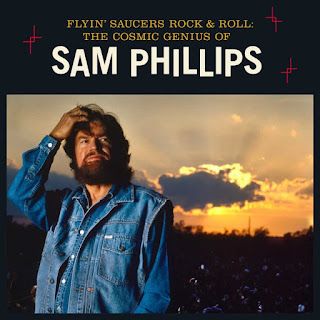 
One of the most innovative and inspiring figures in the history of American music, Sun Records founder Sam Phillips introduced the world to Johnny Cash, Howlin’ Wolf, Jerry Lee Lewis, Roy Orbison, Carl Perkins, Elvis Presley, Charlie Rich, Rufus Thomas, Ike Turner and many more. Blurring class and color lines, Phillips set out to undermine barriers of racial segregation and discrimination, just as the Civil Rights movement gathered force. The exhibition will take an in-depth look at Phillips’ life and career, and the social and cultural impact of the music he created in heavily segregated Memphis. 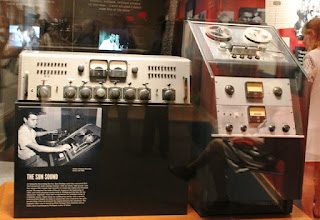 Co-curated by Presley biographer Peter Guralnick, author of the forthcoming biography Sam Phillips: The Man Who Invented Rock ’n’ Roll, the exhibition includes dozens of artifacts and a generous overlay of audiovisual treasures, including hundreds of archival photos, audio and video clips and rare artifacts. Among them: 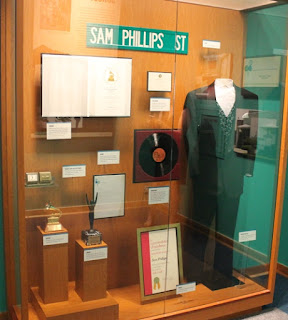 The exhibit will be accompanied by an exhibit catalog, also titled Flyin’ Saucers Rock & Roll: The Cosmic Genius of Sam Phillips. Published by the museum’s Country Music Foundation Press, the volume will include dozens of archival photographs and beautiful color images of many of the artifacts in the exhibit. The book will be available in the Museum Store and at countrymusichalloffame.org.