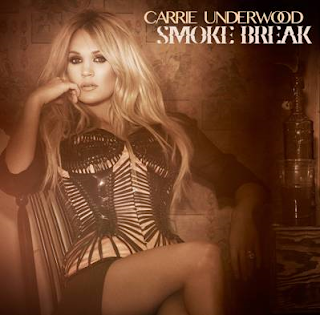 
Produced by Jay Joyce, “Smoke Break” was written by Underwood, Hillary Lindsey, and Chris DeStefano, with whom Underwood wrote her most recent #1 smash, “Little Toy Guns.”

About the new single, Underwood says that the title isn’t necessarily meant to be literal, as she shares, “It’s basically an anthem for every hard-working person.  We all wear many hats and are spread thin, so we can all relate to being tired and needing a break.  This song is about having that moment to be able to escape from whatever it is that’s stressing you out and have some time for yourself.”
A clip of “Smoke Break” is streaming online now on www.carrieunderwoodofficial.com.