AS ACM® NEW MALE AND FEMALE ARTIST OF THE YEAR

BOTH WILL PERFORM ON THE “56TH ACADEMY OF COUNTRY MUSIC AWARDS™”

SURPRISE THE NEW ARTIST WINNERS WITH THE NEWS 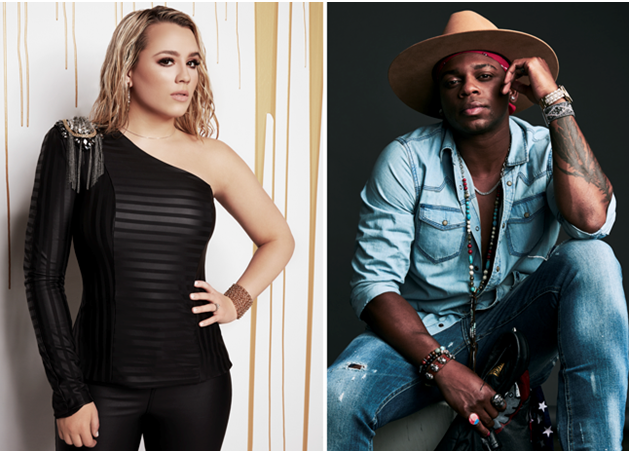 LOS ANGELES, CA (April 8, 2021) – The Academy of Country Music® revealed Jimmie Allen as the New Male Artist of the Year and Gabby Barrett as the New Female Artist of the Year for the 56TH ACADEMY OF COUNTRY MUSIC AWARDS™ to broadcast live on Sunday, April 18 (8:00-11:00 PM, live ET/delayed PT) on the CBS Television Network and will also be available to stream live and on demand on Paramount+.

ACM Awards Host Keith Urban recorded a personalized video card to surprise both Allen and Barrett with the news. Watch the special moments HERE and HERE. For more on the surprise, visit ACM®: The Hub.

“We are thrilled to present Jimmie Allen and Gabby Barrett with their first ACM Award wins. Jimmie and Gabby have experienced tremendous success at both Country Radio and streaming already, and we are proud to recognize them for such an extraordinary start to their careers,” said Damon Whiteside, CEO of the Academy of Country Music. “A huge congratulations to each of them for this well-deserved win, and to all of our nominees for being recognized for their incredible contributions to Country Music. We look forward to welcoming Jimmie and Gabby to the ACM Awards stage on April 18.”

The health and safety of the artists, fans, industry, staff and partners involved in the ACM Awards is the number one priority. All guidelines set forth by national, state and local health officials will be closely followed and implemented during the production along with additional safety measures to be instated by dick clark productions and the Academy of Country Music.

About the Academy of Country Music Awards™

The 56th Academy of Country Music Awards™ is dedicated to honoring and showcasing the biggest names and emerging talent in the Country Music industry. The show is produced for television by dick clark productions and will broadcast LIVE on Sunday, April 18, 2021 (8:00-11:00 PM, live ET/delayed PT) on the CBS Television Network, and will also be available to stream live and on demand on Paramount+. R.A. Clark, Barry Adelman and Linda Gierahn are executive producers. Damon Whiteside is executive producer for the Academy of Country Music.