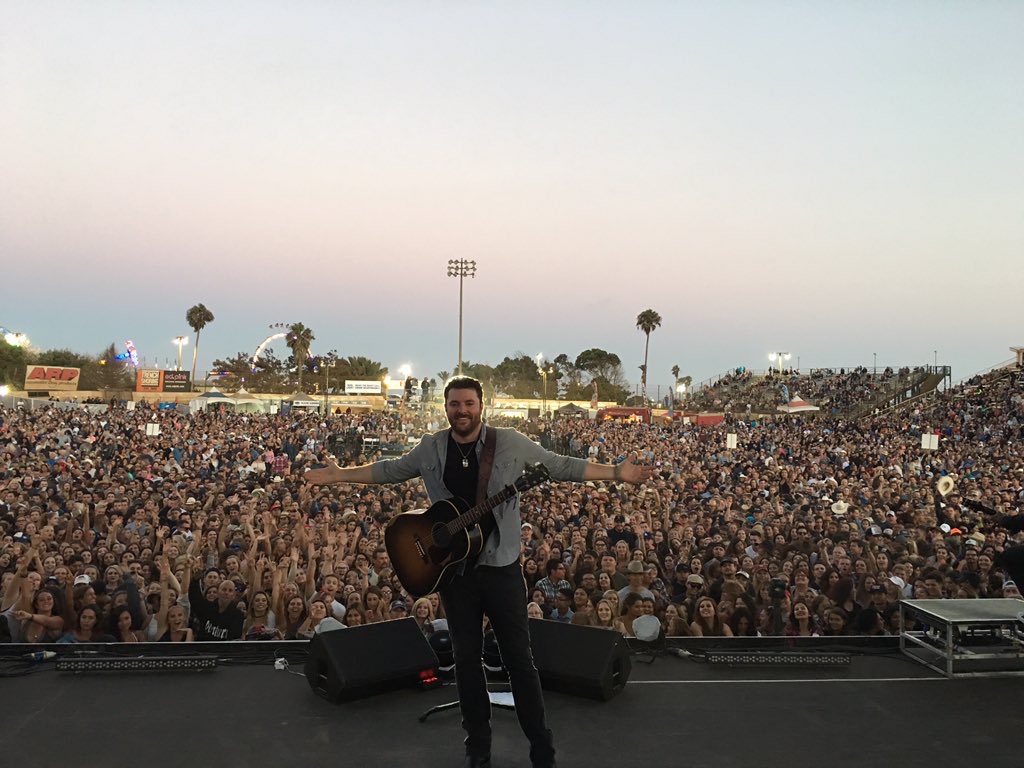 Nashville, TN — CHRIS YOUNG headlined a string of three sold-out shows across California last week, kicking off the run at the Ventura County Fair where the nightly concert quickly found itself at capacity, with the biggest crowds this year and a line out the gates to get a glimpse of the show.  “Chris Young’s performance at the 2016 Ventura County Fair was sensational, and attracted the largest concert crowd during the Fair’s 12 day run,“ said Ventura County Fair CEO, Barbara Quaid.   The following night Young returned to the OC Fair at Pacific Amphitheater in Costa Mesa, CA for a repeat of last year’s sold-out performance at the same venue.  “Chris Young knows how to captivate a crowd,” declared the Orange County Register. “Young brought his tour to Pacific Amphitheatre in Costa Mesa Thursday night and performed in front of a lively sold-out audience that sang, danced and at times tried to completely drown him out as they belted familiar lines from their favorite songs.” Friday he headlined the Del Mar Race Track and witnessed capacity crowds singing along to a hit packed set including chart-toppers “Think Of You,” “I’m Comin’ Over,” “Voices,” “Tomorrow,” “Gettin’ You Home” and his latest hit and current single, “Sober Saturday Night.”With a busy tour schedule on the books to round out the summer, Young is looking ahead to September 29 and the launch of the fall leg of his headlining “I’m Comin’ Over Tour.” He’ll play 25 shows running September through the end of the year with special guests Dan + Shay in September and October and Dustin Lynch coming on board in November and December. Cassadee Pope, who provided direct support for the first leg of the tour, is returning for all fall dates of Young’s “I’m Comin’ Over Tour.” Tickets can be purchased at aeglive.com and ChrisYoungCountry.com.
Photo credit: Tim GerstPhoto caption: Chris Young headlined the Ventura County Fair where the nightly concert saw its biggest crowds in the fair’s 141-year history (Ventura, CA)