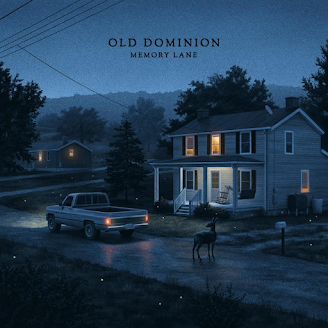 “We’ve been working on so much new music, and the response to ‘Memory Lane’ has been so energizing that we decided we’re tired of sitting on it all!” said Old Dominion’s Matthew Ramsey. “We’re so excited to share three more songs heading into the No Bad Vibes Tour and the next chapter in our musical journey.”

The band shared this exciting surprise release yesterday (Jan. 8) on their social media accounts, where they’ve been previewing new tracks for fans over the past few months. This follows the release of their “Memory Lane” single on January 5 which Rolling Stone said “takes a blissful trip…[to] find a happy place again and again.” MusicRow also raved “The onrushing energy is breathtaking. The vocal performances are stellar. The song is beyond hooky. The Group of the Year strikes again. Play this at once.”

This new music comes right in time for the beloved group’s highly anticipated, 31-stop NO BAD VIBES TOUR kicking off later this month in Evansville, Indiana. Check out the full tour routing for the NO BAD VIBES TOUR below.

Old Dominion emerged as one of Nashville’s most successful post-modern country bands, fusing clever lyrics with an infectious sound. Their lyrical wit and hook heavy songwriting is a winning proposition. Since breaking in 2014, the band has achieved eight No. 1 singles at country radio, over one billion on-demand streams, multiple Platinum and Gold single certifications and headlined arenas and amphitheaters around the globe. Old Dominion are currently the reigning CMA and ACM Group of the Year. The band won their fifth consecutive Vocal Group of the Year award at the 2022 CMA Awards and took home their 5th consecutive Group of the Year win at the 2022 ACM Awards. The band also earned a nomination for Album of the Year at the 2022 CMA Awards. Most recently, Old Dominion received a nomination for Favorite Country Duo or Group at the 2022 American Music Awards.