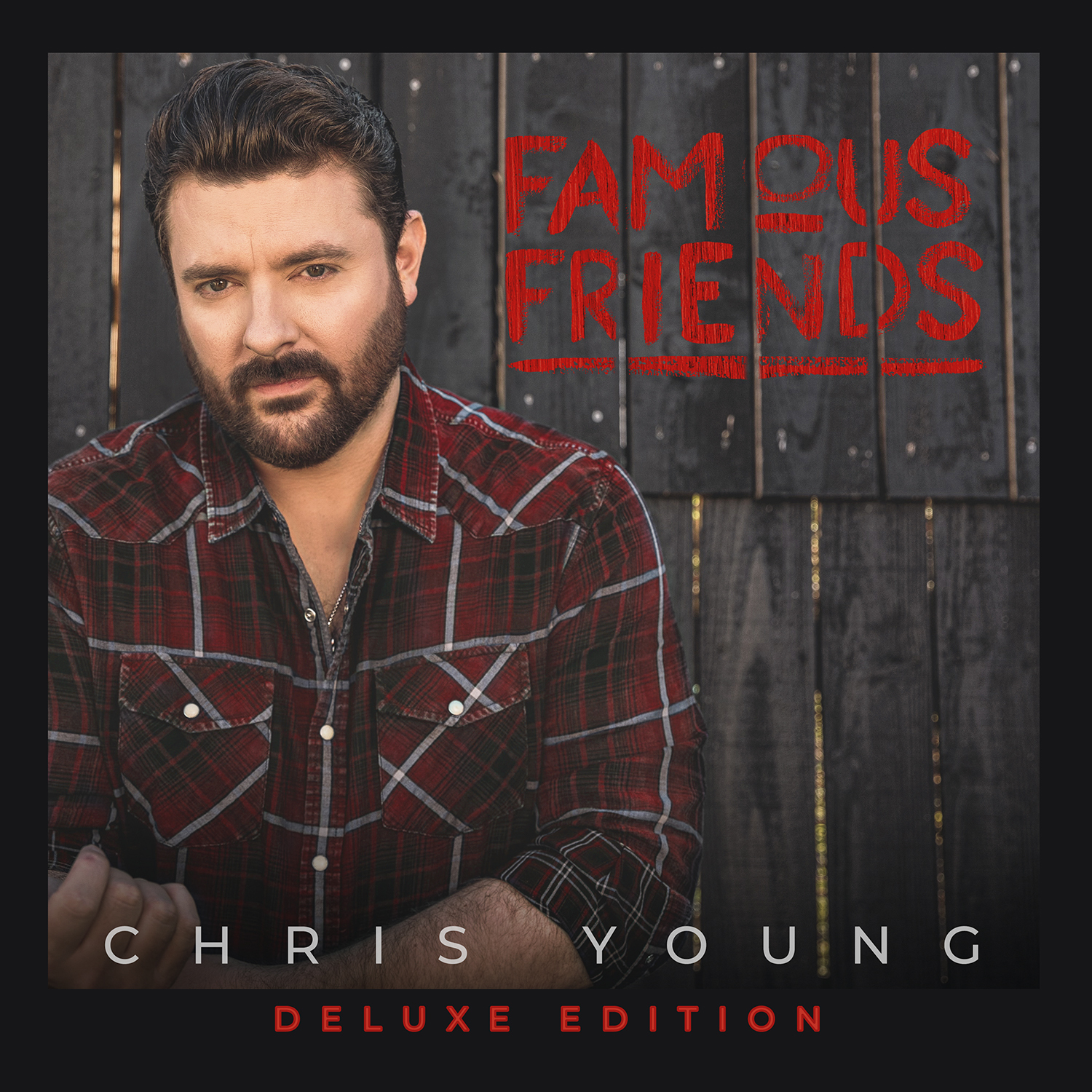 Nashville, TN — April 29, 2022 — Multi-platinum global entertainer Chris Young is treating fans to new music today with the release of “Everybody Needs a Song,” the first track from his Famous Friends (Deluxe Edition), out June 3. The collaboration with Old Dominion is one of six new sides found on the upcoming project and available now when you pre-add/pre-save Chris’s Famous Friends (Deluxe Edition) at https://CY.lnk.to/FFDLX.

In addition to the award-winning, multi-week No. 1 “Famous Friends” with Kane Brown and “At The End of a Bar,” his newest single and “booming duet” (Tennessean) with Mitchell Tenpenny, this expanded version of his “most personal album to date” (Forbes) includes new collaborations with Jimmie Allen and Old Dominion plus two new solo songs as well as acoustic versions of fan favorites “I’m Comin’ Over” and “Think of You” with Cassadee Pope. Chris produced or co-produced all twenty sides on the new release.

For more information and to catch a Chris Young show on the road, visit chrisyoungcountry.com and join @ChrisYoungMusic and his more than 6 Million fans on TikTok, Instagram, Facebook and Twitter.

ABOUT CHRIS YOUNG:
Multi-platinum RCA Records Nashville global entertainer Chris Young has accumulated an impressive list of accomplishments, including membership in the iconic Grand Ole Opry, nearly 5 Billion on-demand streams, 13 Million singles sold, 12 career No. 1 singles, 22 R.I.A.A. Gold/Platinum/Multi-Platinum certified projects and numerous ACM, AMA, CMA and Grammy nominations, as well as wins for Performance of the Year and Collaborative Video of the Year at the CMT Music Awards. These accomplishments and more landed him in the Top 20 of Billboard’s top country artists of the decade.

“Famous Friends,” – Chris’s platinum-certified, multi-week chart-topping song with Kane Brown – is the title track to his “most personal album to date” (Forbes). The song earned the top spot on Billboard’s year-end Country Airplay Songs chart for 2021. In addition, the “booming duet” (Tennessean) “At The End Of A Bar” with Mitchell Tenpenny is Chris’s newest single from his 8th studio album, Famous Friends.

Named “one of his era’s finest traditionalists” by the Associated Press, Chris is an international ambassador for country music, performing to capacity crowds around the world. With a hit-packed set that highlights his twelve chart-toppers — including back-to-back No. 1s “Losing Sleep,” “Sober Saturday Night,” “Think Of You,” and “I’m Comin’ Over” — the Grammy and ACM nominated vocalist’s most recent headlining tour played to over 400,000 fans in 3 countries.